Why people vote for politicians they know are liars

By The Conversation December 23, 2019 7 Mins Read
Help us spread the word

Britain recently elected a prime minister who unlawfully shut down parliament to escape democratic scrutiny and who tells blatant falsehoods whenever it suits him. Boris Johnson casually denies the presence of media in front of TV cameras and he denies core elements of his Brexit deal, such as the need for customs checks between Britain and Northern Ireland.

In 2016, US voters faced a choice between a presidential candidate whose campaign statements were accurate 75% of the time and another whose claims were false 70% of the time, according to one factchecking outlet. Americans chose Donald Trump, who has made more than 13,000 false or misleading claims since assuming office. 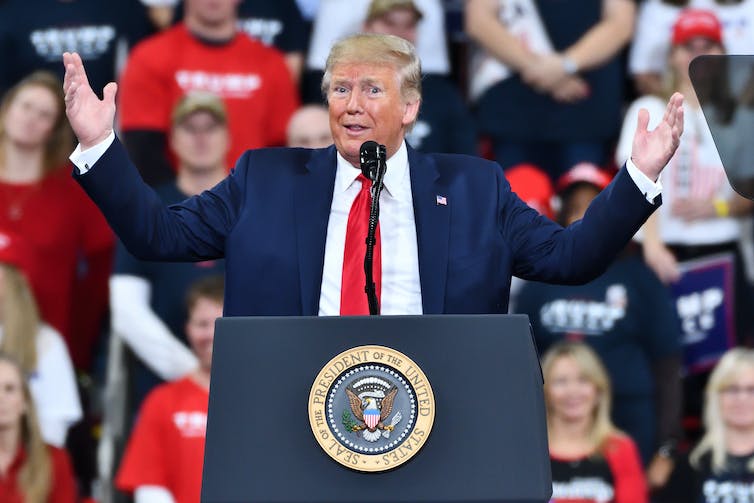 Trump’s approval ratings have remained largely stable for two years and 77% of Republicans consider him to be honest. Johnson was elected by a landslide and more than half the British public was unconcerned by his shutting down parliament.

How is this possible? How can lying demagogues find traction in societies with proud histories of democracy and empiricism?

Are people insensitive to falsehoods? Do they not know whether things are true or false? Do people no longer care about truth?

Research by my team has shown that American voters — including Trump supporters — are responsive to corrections of Trump’s falsehoods. That is, when people learn that a specific claim is false, they reduce their belief in that claim. However, in our results, there was no association between updating of beliefs and feelings towards Trump among his supporters. That is, support remained stable no matter how much people realised that Trump’s statements were inaccurate.

Voters may therefore understand perfectly well that a politician is lying, and they may discount falsehoods when they are pointed out. But the same voters seemingly tolerate being lied to without holding it against their favoured candidate. This disconnect between perceived accuracy and support for a politician has now been shown repeatedly by our team and also by other researchers using a different methodology. 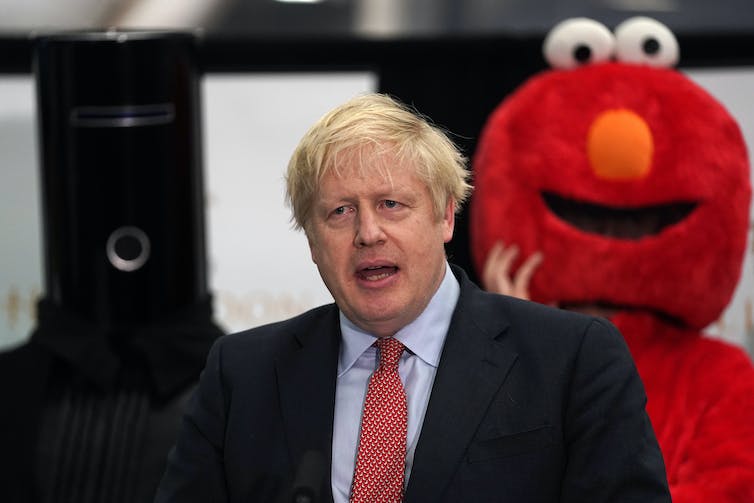 ‘That’s definitely not Elmo behind me.’ Will Oliver/EPA

But it does not follow that people have given up on truth and honesty in politics altogether.

Research led by Oliver Hahl of Carnegie Mellon University has identified the specific circumstances in which people accept politicians who lie. It is only when people feel disenfranchised and excluded from a political system that they accept lies from a politician who claims to be a champion of the “people” against the “establishment” or “elite”. Under those specific circumstances, flagrant violations of behaviour that is championed by this elite – such as honesty or fairness — can become a signal that a politician is an authentic champion of the “people” against the “establishment”.

For populist politicians, such as Trump and Johnson, who explicitly pit a mythical people against an equally mythical elite, blatant disregard for facts only underscores their authenticity in the eyes of supporters.

No amount of factchecking will reduce the appeal of Trump, Johnson, Duterte, Bolsonaro or any other populist demagogue around the world.

To defang demagogues, and to make lying unacceptable again, requires that voters regain trust in the political system. The research by Hahl and his colleagues also showed that when people consider a political system to be legitimate and fair, they reject politicians who tell untruths and they resent being lied to. So the key to moving on involves pursuing politics that reduce the appeal of populist demagogues and that create incentives for politicians to be more honest.

There is no quick and easy recipe for this process. But it is clear that we need to have a political conversation about income inequality. In 2015, two dozen hedge fund managers made more money than all the kindergarten teachers in the US combined, and billionaires now pay a lower tax rate than the rest of us. It is unsurprising that inequality has been identified as one of the variables that has compromised the legitimacy of democracy in the eyes of so many people.

Johnson refused to look at the snapshot of a little boy with pneumonia who was forced to sleep on a hospital floor. Once that has become unacceptable, and once sick children find a bed in hospital, Johnson’s falsehoods will also no longer find traction.

Another way is possible

It is encouraging to note that in other countries with different political structures and policies, voters do not tolerate politicians’ lies. Research by my team conducted in Australia has shown that Australian voters reduce their endorsement of politicians if they are revealed to be dishonest.

Using a methodology that exactly paralleled our study with American voters, we found that, unlike in the US, corrections of Australian politicians’ falsehoods made participants much less inclined to support those candidates. This effect occurred irrespective of partisanship, meaning voters were intolerant of lies even if they came from their own side of politics.

In Australia, voting is mandatory and preferential. Everyone must vote or risk being fined, and voters rank their preferences among all parties. These measures help contain political polarisation, underscoring how the design of a political system can determine a country’s welfare.

Read more:
What would the British parliament look like under proportional representation?