UN Watch’s exposure of the UN’s absurd election of Saudi Arabia, the world’s worst abuser of women’s rights, to the Commission on the Status of Women, has caught the world’s attention and sparked contentious debates in parliaments worldwide.

The story has been reported by major news outlets, including:

April 19, 2017 – the UN Economic and Social Council issues press release announcing Saudi Arabia’s election to the Commission on the Status of Women.

April 23, 2017 – UN Watch begin posting about the election on Facebook and Twitter. The story quickly goes viral. The initial Facebook post has almost 10,000 shares. The initial tweet is retweeted more than 1,000 times. Hillel Neuer’s April 23, 2017 Tweet “At least 5 EU states voted FOR the Saudis” is retweeted 880 times and quoted extensively by the news media.

April 25, 2017 – UN Watch’s Hillel Neuer is interviewed on France24. Outraged parliamentarians around the world begin to speak out and question their governments.

In Norway, the story was published extensively in the media between April 24 and 26, 2017 and the issue led to a heated debate between parliamentarians and the government:

Similarly, in Sweden, the media published the story between April 24 and 25, 2017, reporting that Swedish parliamentarians challenged their government on its vote: 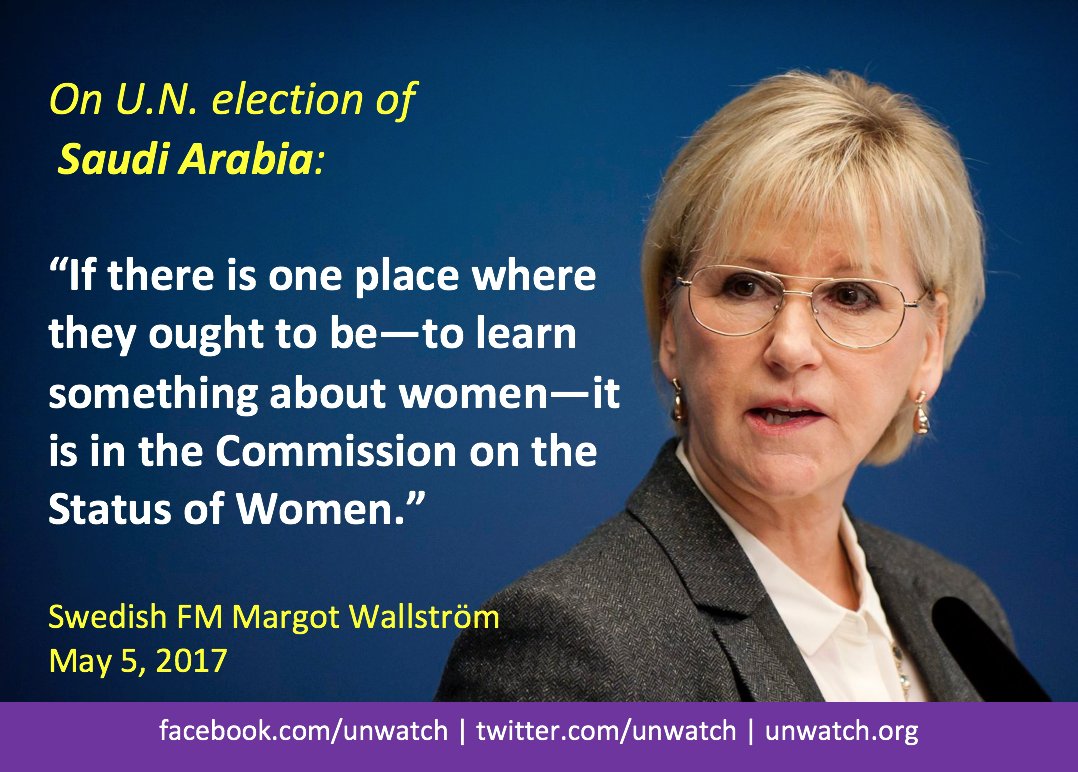 Denmark, though not a member of the UN Economic and Social Council that voted Saudi Arabia onto the Women’s Commission, covered the issue critically in its news outlets on April 25 and 26, 2017:

In Belgium, the story broke on April 24, 2017 and is still generating headlines. Politicians on all sides were highly critical of the government’s apparent ‘yes’ vote, forcing a public apology from the Prime Minister.

As of April 29, 2017, after the Belgian Prime Minister apologized, the UK Foreign Office still refused to disclose how it voted, as reported by The Independent.

In Australia, the government also dodged the question, as reported in the news on April 25 and 26, 2017.

On April 26, 2017, Saudi Arabia went on the defensive in responding to the media and political maelstrom: